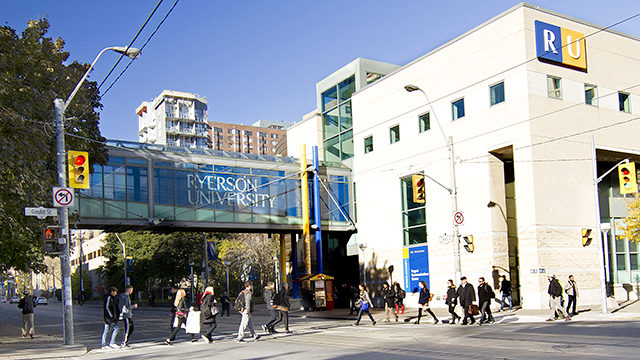 Ryerson University is interested in tracking diversity on campus through a race-based survey despite some privacy concerns. (Marissa Dederer/Ryersonian Staff)

Ryerson is interested in tracking diversity on campus through a race-based survey, even though such a process raises privacy concerns, says the university’s vice-provost.

The University of Toronto (U of T) was the first post-secondary institution to announce its commitment to the implementation of a race-based census in the upcoming fall semester.

The initiative was created in hopes of identifying absence of diversity among students and faculty. The data will be used to create a more diverse and inclusive environment within the university.

Denise O’Neil Green, the vice-provost of Ryerson’s office of Equity, Diversity and Inclusion (EDI), said that she strongly supports the project.

According to Green, in order to implement good initiatives that will help students in their learning experience, “it’s important to know who’s there and who we are,” she said.

Green also said her office has conducted a number of pilot surveys with students through the classrooms, but did not follow the same process as  U of T.

But she stressed that if the university is to move to the race-based survey, there are legitimate privacy concerns that must be addressed. For example, she said some individuals might want to provide the data but not want their peers or colleagues to know they were a participant.

Heather Driscoll, privacy officer at Ryerson, agreed there are serious privacy concerns to be addressed before such a survey could be done.

She said that if the university is interested in pursuing a similar project, it would have to use a process to review the data in a, “means by which information is collected, processed, stored and destroyed.”

Green called striking a balance between student privacy and tracking diversity a “conundrum.”

She also emphasized that although institutions like universities should be providing numerical data on race and gender, what’s most important and compelling are stories and narratives of individuals, as these stories can give other individuals facing similar experiences something to relate to.

Aside from U of T, York University is also looking into piloting a similar project. Janice Walls, interim chief spokesperson and director at York, said that the university is, “in the early stages of examining how the self-identification surveys and processes for its faculty, staff and students could be enhanced in the future.”

The EDI office will release a report in March on diversity among Ryerson employees.

Opinion: Are millennials too lazy to eat cereal for breakfast?