Line 2 of the TTC experienced significant delays and closures

A massive delay on the Toronto Transit Commission (TTC) Monday  morning impacted hundreds of people at the peak of rush hour.

A signal problem led to delays of up to 15 minutes on line 2 between High Park and Dundas West stations, according to a Twitter statement from the TTC.

Shortly after, the TTC announced that there was no service between Ossington and Jane stations due to  signal problems.

Shuttle busses were sent to pick up those who were stuck waiting at subway stations.

The delay resulted in massive crowds of people on subway platforms, trying to make their way through.

Regular service resumed between Ossington and Jane stations around 10:40 a.m., according to a tweet from the TTC. 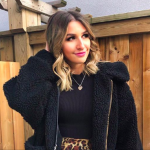