American educators are nervous about the consequences of the United States’ travel ban, after reports of Canadian universities cancelling trips to the country continue to surface.

Harley Etienne, an assistant professor of urban and regional planning at the University of Michigan, said he fears that the ban will ultimately result in the U.S. detaching itself from a diversity of both ideas and people.

The ban, which will bar citizens of six Muslim-majority countries from entering the U.S., is currently before the courts.

The Ryersonian first reported on the announcement from Ryerson’s School of Urban and Regional Planning to cancel trips to the U.S. in response to the so-called ‘Trump travel ban’ almost two weeks ago.

An internal email sent by the school’s director, Chris De Sousa, in February to planning students stated that the decision was to “ensure that no one in our community would face the barriers to participation that could result from shifting American travel policies.”

Canada’s largest school board, the Toronto District School Board, also announced late last week that it would be cancelling all school-related trips to the U.S. While the American tourism industry is expected to suffer, educators believe the implications on students is vital. 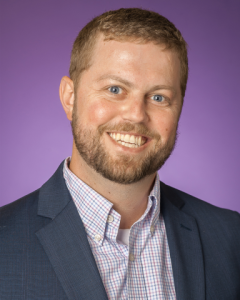 “I know from economic geography that states that are open to diversity and inclusion also become the greatest hubs in research, IT, and tech,” said Sean Crotty, assistant professor of geography at Texas Christian University’s centre for urban studies. “So having an openly hostile policy at the federal level is really bad for everyone.”

The economic and educational impacts of travel restrictions is nothing new to Crotty who, as a student, did not attend a trip to Tijuana because of political violence. As the social environments “worsen, we’re already seeing a decline in applications [to U.S. schools],” he said, adding that applications are “like the canary in the coalmine.”

Despite these consequences, American professors seem to understand the logic behind such announcements.

“I sympathize with the faculty, I completely get it. I get why such a decision had to be made,” said Etienne.

Attracting foreign talent is critical to both countries’ economic prosperity, said Crotty, and that begins at the student level.

“That’s how you get the best talent in the world – have the best people from all over the world working together,” he said. “Those who choose to cut themselves off are committing self-inflicted [harm].”

“[The ban] is counter to Ryerson’s aim to promote equity, diversity and inclusion as an essential feature of all that we do,” he said.

The mainstream politics surrounding the ban, along with increased media coverage, has meant the impacts on universities cannot be ignored.

“Even if you’re a casual follower of geopolitics, it’s something you have to be aware of,” said Crotty.

He urged that critics of the trip cancellations need to consider that “universities themselves are still safe places.” Nevertheless, “students don’t just exist in university bubbles.” 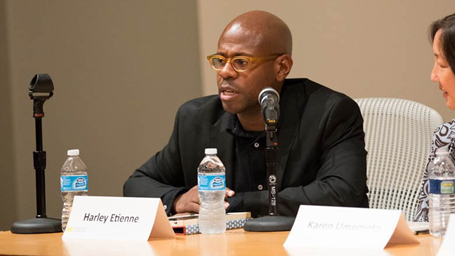 Etienne, meanwhile, remains hopeful that the ban will end. “These things can – and should – change. And they will.”

While both Canadian and American schools will ultimately suffer, Etienne is more concerned about the big-picture issue.

“In the quest to protect the U.S., we could isolate ourselves,” he said, adding that should things continue the way they are, “intellectual isolation” is a real possibility.

With files from Luke Galati and Jennifer Ferreira