Students in the Ted Rogers School of Management (TRSM) will be mixing the workforce with the classroom in the next three years. By 2017, TRSM will be offering co-op placements for all five of its full-time undergraduate programs.

The school of accounting and finance and the school of hospitality and tourism both launched their co-op programs in September and are in the process of planning students’ first work terms for May 2015.

Before this year, the school of information technology management was the only TRSM program to offer students co-op placements. Its co-op program launched in 1997.

Students accepted into the new TRSM co-op programs will be given the opportunity to work five four-month work terms distributed over five years. Work terms for all TRSM programs will begin after completing two years of the program’s degree. To students’ delight, they’ll be paid for their co-op work.

Stefan Kerry, manager of Ryerson’s co-op office, said The school of accounting and finance has already admitted 30 students into its co-op program. He says the program received 60 applicants with the minimum academic requirement of a 3.33 cumulative GPA.

He said only seven students have been accepted into the co-op program’s first year so staff can “work the bugs out.”
In fact, most of TRSM’s co-op programs will start on a smaller scale.

“By starting with a small cohort of students, you have a better opportunity of finding those students success than by, say, opening it up to everybody and having a small fraction of students gaining (job) opportunities,” said Kerry.

He explained that its fair because it’s new and needs to be tested; but unfair because the popularity of co-op means many students will be missing out.

“It’s getting so competitive in today’s world to find a job,” he said. “Getting placed in a co-op can help you to build relationships with companies.” Su plans to apply for co-op when the program rolls out.

Steven Murphy, the dean of TRSM, believes that implementing co-op throughout TRSM will have a “huge effect” on the reputation of the school.

He also said that co-op is one of the first things students inquire about at the Ontario Universities’ Fair.

According to Murphy, it was a faculty-wide decision to implement co-op throughout TRSM. 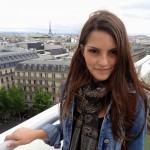