Students at the Ted Rogers School of Management feel that Ryerson’s polytechnic past is hindering their chances of landing jobs. (Lilly Greenblatt/Ryersonian Staff)

The Ryerson brand has come a long way from the insulting “Rye High” nickname.

However, some students from the Ted Rogers School of Management (TRSM) believe the university’s past as a polytechnical institute may be a factor working against them when it comes to job recruiters.

Some companies have hiring processes that are selective to students from certain schools, which may make it harder for Ryerson students to get their foot in the door.

“Not all the recruiters will come and recruit from Ryerson. So in the RMA, we’re trying to reach out to companies that don’t normally come here,” Asgill said.

Kiran Singh, president of the Ryerson Commerce Society, said they believe that Ryerson’s polytechnic past is one of many issues that students may be confronted with when looking for a job.

“When it comes to employers and students entering the job market at this point and trying to get employed, we’re all going to deal with issues in different forms and some of them can emerge from Ryerson’s polytechnic past … it all depends on the employer’s perspective,” Singh said.

Ryerson’s reputation as a business school has become more credible and increasingly respected after the school received its Association to Advance Collegiate Schools of Business (AACSB) accreditation in 2012, which “provides internationally recognized, specialized accreditation for business and accounting programs at the bachelor’s, master’s and doctoral level.”

Other schools with this accreditation include Queen’s, McMaster and Carleton universities.

TRSM is also creating partnerships with employers in order to promote hiring Ryerson students and graduates.

This may be in part due to the efforts of Asgill and the RMA, who have  invited companies to their events to challenge the stigma against Ryerson’s polytechnic past.

“We reached out to Canadian Tire for one of our events and they loved it. Starting in the fall they’re actually going to start recruiting from Ryerson,” Asgill said. “(Before this) they would never look at our school, they would go to University of Toronto or anywhere else and wouldn’t come here.”

Dan Kennedy, manager of the business career hub in TRSM, said that students should try to talk to companies that value the Ryerson brand and harbour no negative feelings towards its past.

“Our brand right now seems to be that more of our students have a more practical slant. They hit the ground running, they’re a little more innovative, more collaborative,” Kennedy said. “What we’re noticing is that companies that value those types of things are coming to our campus more and more.”

Kennedy agrees that some companies do only hire from certain “prestigious” schools, such as the University of Toronto, Queen’s University and the Richard Ivey School of Business at Western University. But he said he has noticed that within the last five years, Ryerson is mentioned more and more amongst these schools.

“We have been compared unfavourably in the past, but I think that is changing dramatically,” Kennedy said. “I’m noticing a very steep upward trend that Ryerson students and TRSM students are…making some pretty serious strides forward.” 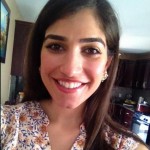