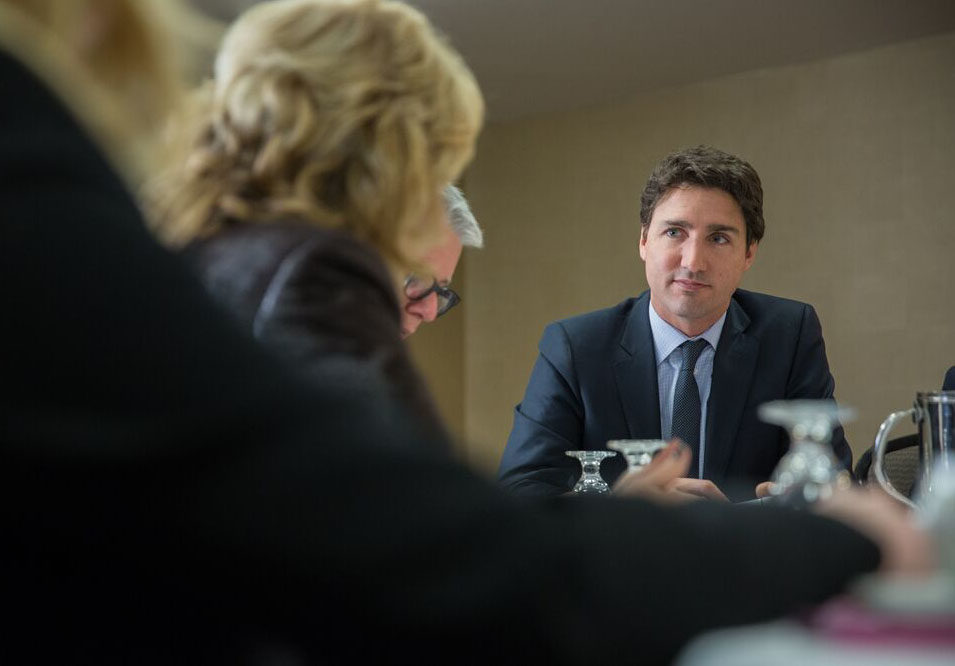 The Canadian government has made a major pledge to Canadian students and youth — $1.53 billion over the next five years and $329 million each year thereafter in grants for students.

Prime Minister Justin Trudeau followed through on many of his electoral promises to students in The Liberal government’s first budget was unveiled March 22.

Despite the deficit damage reaching a higher-than-expected $29.4 billion, the budget includes many promises that will change the financial landscape of post-secondary education in this country. The federal government has pledged to raise funding for initiatives like post-secondary tuition aid and youth employment.

Chief among these plans is a strategy to make college and university tuition more affordable by increasing the Canada Student Grants program by 50 per cent.

“That matters. It can be the difference between getting a degree and dropping out,” finance minister Bill Morneau said on Parliament Hill after the budget was unveiled.

“This budget is a step in the right direction,” said Bilan Arte, national chair of the Canadian Federation for Students (CFS). “The huge per cent increase in grants was a welcome outcome.”

The budget also addresses how much money postgraduates need to be making before they have to start repaying their student loans. Today, Canadian students collectively owe $19 billion in student loans.

“We’d like to see the government completely move from a loan-based system to a grant-based system,”  Arte said. “Tuition is skyrocketing and we’re tired of a patchwork approach.”

As for paying off existing student loans, the new budget states that students don’t have to begin paying off their debt until they’re earning at least $25,000 per year. This is up from the currently mandated $20,210 per year.

The budget also increased funding to job opportunities for young people. The youth unemployment rate is currently sitting at 13.3 per cent , which is just shy of its 2015 peak at 13.6 per cent last April.

Peter Bleyer, executive director of the Canadian Centre for Policy Alternatives, says this is a welcome change.

“We need that growth and those jobs to get the economy moving,” Bleyer said.

Part of the funding for these initiatives will come from the removal of tax credits for student textbooks. The resulting government savings will be redistributed elsewhere among the student-related budget plans.

The budget also revamped post-secondary financial aid, changing the qualifications of students from low-income families for student loans and grants while otherwise employed.

This means that students can gain as much experience in the workforce as they want without it negatively affecting their financial aid.

Ryerson’s interim president Mohamed Lachemi said in a statement posted on the university’s official website March 23 that he “applauds the government for its commitment to shaping the economy of the future through investments in education and innovation.”

“The measures in the budget align with Ryerson’s efforts to unleash the potential of innovative young people to create the jobs and prosperity Canada needs in the 21st century. We look forward to working with the federal government in these important initiatives,” Lachemi said.

While the budget makes significant steps to addressing student financial issues, Arte says the distribution of the First Nations funding is one section of the budget that falls exceptionally short.

“It was surprising that prioritizing First Nations students wasn’t included,” Arte said. “Too many (First Nations) students have the grades to get into university but can’t go because they can’t afford it.”

Overall, the budget allocated $8.4 billion toward indigenous peoples to be spent over the next five years. That funding will be divided between education, drinking water, housing and family services as well $400 million toward investigations into missing and murdered Indigenous women.

As for infrastructure, the budget has allotted $120 billion over the next decade to first address what Trudeau calls the “unsexy” jobs. These include things like debt recapitalization, upgrades, restoring subway signals and other behind-the-scenes maintenance required to keep transit running smoothly. After these initial necessities are taken care of, commuter students can expect to start seeing changes.

“It’s then that we’ll get into the bigger, longer-term things once we’ve been able to plan them through,” said Trudeau in an interview with Bloomberg TV last week.

The rest of the extensive budget focused on funding the government’s child care initiative, improving criteria for employment insurance, creating jobs for the middle-class and increasing funding for the arts, including $675 million toward the CBC.