TTC fare hike took effect March 1 and is expected to bring in $31.4 million for TTC

TTC riders will have to pay more as fares increased starting March 1.

The cost of monthly passes also increased from $151 to $156 and a student pass now costs $128.15 a month up from $122. TTC clarified that children 12 and under are still able to ride for free and users will not have to worry if their two-hour transfer window expires while on transit.

Fare evasion cost the TTC $73.5 million last year and this is one of the many reasons for the increase of fare prices. According to this new TTC report, while fare evasion is inevitable certain changes need to be made to find a solution.

In response to fare evasion, TTC fare inspectors have been scrutinized by social media users who have called them out for demonstrating aggressive and racist behavior. Video by TTC riders has shown fare inspectors using force and being very heavy-handed on multiple occasions.

First-year Ryerson University student, Amisha Tak, commutes to school every day and is frustrated with the fare increase. “ I don’t think they should raise the prices further,” she said. “The more expensive it gets the more people will probably not pay since they can’t afford it.”

A sentiment echoed on social media with TTC riders and with other Ryerson students that increasing fares so they can hire more fare inspectors will not solve the affordability or fare evasion issue.

The TTC has designed a system to give the rider zero info on their status – so riding + tapping customers, thinking they’re legal, could get em the TTC goon once over. This is enraging & unacceptable. F U to riders. https://t.co/hC3eAVlD8C

Fourth-year Ryerson University student, Talia Ziv, also had a disappointing experience with a fare inspector when she was ticketed. “ The fare inspector told me he would put in the notes that I was cooperative to lower the ticket,” she said. “ However, when I got to court to fight it, he had not written anything positive and I found out you’re just another number to them they don’t care about what your story is. 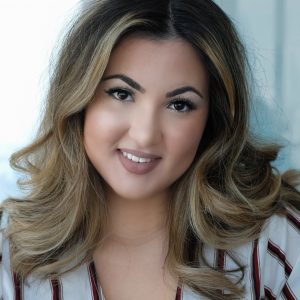