If you’re an avid tweeter, then you probably already heard about Twitter’s most recent upgrade – a doubling of its character count from 140 to 280.

Twitter, a social app, gives users the ability to express their thoughts or “tweet,” and has been up and running since 2006. The platform is used by many around the world and has 330 million active monthly users. 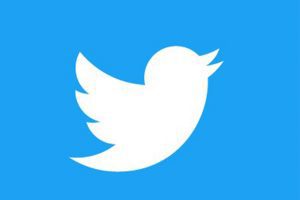 In the past, users have indicated interest in an increase to the word count, and it seems as if they have finally been heard.

Chris Gibbs, an assistant professor at the Ted Rogers School of Management, said that this new change will help Twitter become more competitive with other social networks.

“The other platforms have more content available to them, so it will potentially keep people from leaving Twitter and going to other platforms,” Gibbs said.

What separates Twitter from competitors such as Facebook is the non-stop flow of incoming tweets on a timeline. People use it to vent, tell stories or tweet daily news updates. It’s a quick and easy way to deliver or receive information. But with Twitter being active for more than 10 years, will tweeters actually take advantage of the increased 280 characters?

According to British newspaper, The Guardian, Twitter’s product manager, Aliza Rosen, stated that there were concerns from users that timelines may begin to fill up with people continually using the entire 280 characters. But a recent analysis showed that only five per cent of tweets sent out were longer than 140 characters, and two per cent were over 190 characters.

Now the question is, was this a smart move on Twitter’s end?

Gibbs added, “When you look at things like Snapchat and some of the other competitors out there, I think Twitter was starting to go, ‘there’s a lot more competition in the space and we’re not gaining market share in  users, so we need to do something with our platform.’”