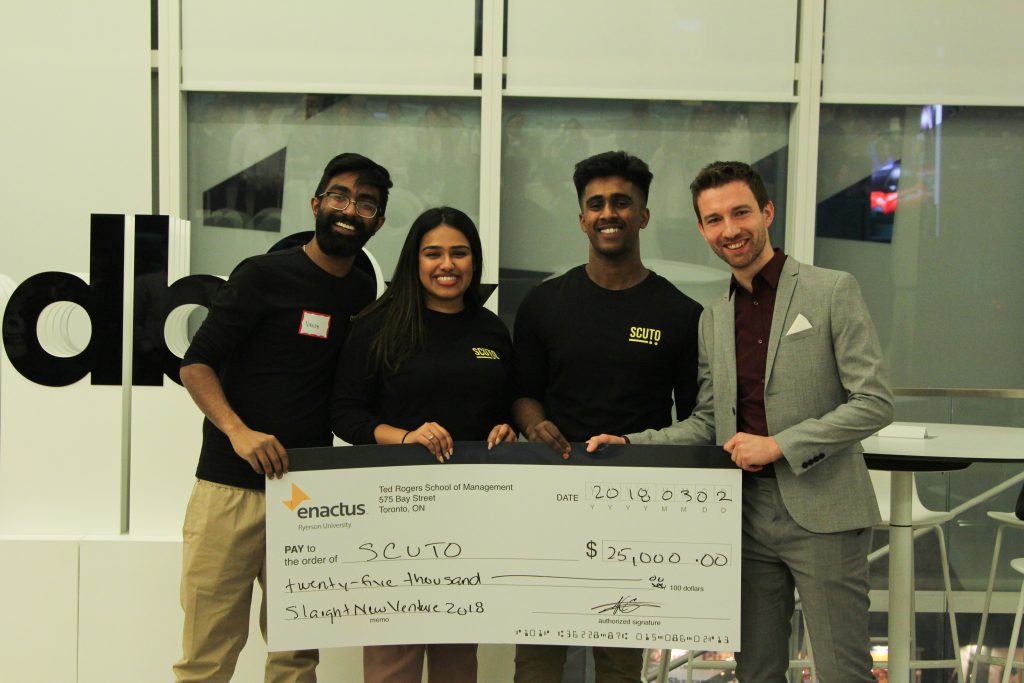 What does it mean to win $25,000 for your business, while you’re still in university? To this year’s two winners of the Slaight New Venture competition, it means that they can pay their developers and avoid taking on a hefty loan to fund their businesses.

The Slaight New Venture competition, supported by the Slaight Family Foundation, awards two prizes of $25,000 to one female and one male TRSM student who will use the money to fund their startup. 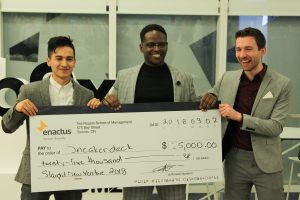 “We finally won and it felt like we reached the top of the mountain and put the sword at the top of the hill and finally achieved what we wanted all along,” said winner Owen Osinde, a fourth-year entrepreneurship student and co-founder of Sneakerdeck, a sneaker shopping platform.

Osinde and his partner Jason Abraham started the company in their second year. Osinde said he’s been trying to win the award since first year. They’re going to be using the $25,000 to move from a transaction-based business model to potentially incorporate a subscription somewhere down the line and to bring in new people to work on contract.

“It gives us more wiggle room to move forward,” said Osinde. “We have so many ideas we want to implement, but sometimes you’re short on cash so this infusion of cash will allow us to have that buffer to try out a couple of different things.”

Vilirsa Rajadurai, co-founder of Scuto Events and a fifth-year business management student, is the other winner.

Scuto Events is an event planning platform that uses blockchain technology to process transactions. Rajadurai said her team plans on using part of the money to pay developers.

“As of now we just finished our IOS development in terms of the app and we need to pay some developers for android to finish the android version,” said Rajadurai. “After that we still have leftover money, we’re still strategizing on how we’re going to use it but most of the costs will be going towards to the launch in July.”

Rajadurai said that this money saved her from taking on a loan.

Ryerson boosts presence in Brampton with the launch...

Rye students reluctant about eco-friendly Roll Up the...