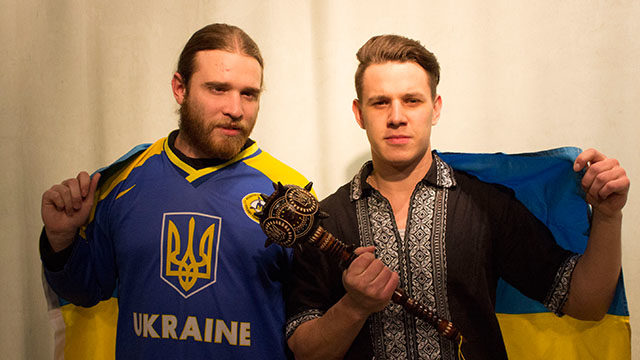 The messages started with, “Hi from Canada” followed by “Hi from Ukraine.”

They talked about the two days Oleksandr spent in jail for protesting at the barricades in Lviv located in western Ukraine, four hours away from his home in Zaporizhya. The last message he sent was at 5 a.m. on Feb. 26. Masnyi replied, “Where are you? Answer me!” She’s still waiting for a reply to her message.

She is dreading the next list of deaths.Already, she has seen a familiar name listed. A friend had been shot by a sniper in Independence Square.

Masnyi is a first-year early childhood education student at Ryerson University. Her parents immigrated to Etobicoke from Ukraine in 1994 and as a child she spent every summer there. These days, Masnyi has Ukrainian news stations running constantly and checks Twitter for updates when she’s away from the TV. She’s one of the many Ryerson students watching the conflict in Ukraine from Toronto.

Tens of thousands of Ukrainians took to the streets in November to protest the government’s sudden decision to abandon plans to sign an association agreement with the European Union (EU). The protesters accused the government of bowing to Russian pressure.

Arne Kislenko is a Ryerson University history professor who researches Ukraine and Russia. “It was seen as a slap in the face to Ukrainians, who have progressively integrated with the West over the last 10 years. It was a trigger that came to represent the larger story of Ukraine’s struggle to be a nation of its own,” he said.

“During the Soviet Union, Ukraine was created as a nation-state of people who didn’t necessarily want to be together, and who (to) this day have very different ideas about what it means to be Ukrainian.”

Protests continued throughout February. The former Ukrainian president, Viktor Yanukovych, was ousted and later fled to Russia. Since then, Ukraine’s 2004 constitution was restored and Oleksandr Turchynov was named interim president. The new government wants to put Yanukovych on trial for the deaths of over 80 people during the protests.

Russian troops have since entered into Crimea, a black sea peninsula with a pro- Russian sentiment. “This is not a threat: this is actually the declaration of war to my country,” said Ukrainian Prime Minister Arseny Yatseniuk. There are now 16,000 Russian troops deployed in Crimea. European, U.S. and Canadian governments condemn Russia’s move into Ukraine.

Nestor Szewczyk and Borys Brodziuk are co-presidents of the Ukrainian Students’ Club at Ryerson. Szewczyk is in a polka party rock band and made a video supporting protesters in Ukraine. The video showed on the main screen at Independence Square in Kiev a few hours after midnight on New Year’s Eve.

He says he has many Russian friends and they discuss the turmoil in Ukraine. “It’s not like heated or angry, because we aren’t directly involved in the same way as over there,” said Szewczyk. “But we definitely come from different perspectives and don’t agree on how to deal with what’s happening.”

When Brodziuk calls his family in Ukraine, they’re unable to describe what’s happening. “They couldn’t put into words about how united and passionate Ukrainians were about the change.”

In between studying for midterms on campus, Masnyi goes home to catch up on the events happening in Ukraine. Even though she was born in Canada, she feels more connected to Ukraine. The majority of her family lives there and she still has friends over there.

“I have a couple of friends that had been beaten violently by the riot police. Two of my friends were arrested. In jail, they were beaten and then given house arrest for two months,” said Masnyi. As for her family members, they go to the barricades every night to stand up for the city’s freedom. They come home only to eat and change.

Meanwhile, these Canadian-Ukrainian students are carrying on with their lives at Ryerson and keeping up to date from afar.
“Watching the videos makes your body tremble. It’s hard to believe these things are actually happening,” says Brodziuk. “It makes me feel that if I’m lucky enough to be here and safe in Canada, I have to do as much as I can to help the people in danger in Ukraine.” 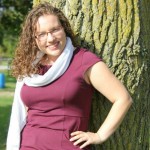