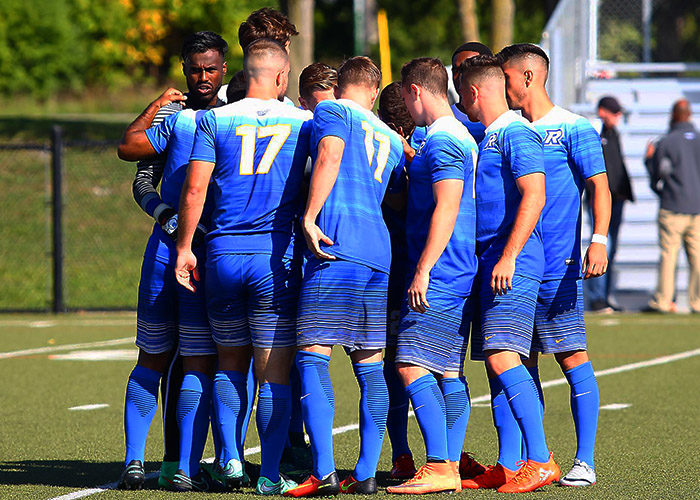 The Rams huddle before their Sept. 24 game against Queen’s University (Courtesy Alex D’Addese via Ryerson Athletics)

There is only one men’s university soccer team with a perfect record left in the country: the Ryerson Rams.

A 2-0 victory over the Laurentian University Voyageurs on Saturday at Downsview Park improved the team’s record to 11-0 this season. They were ranked third in all of Canadian Interuniversity Sport (CIS) last week.

It’s a record that has made Ryerson one of the teams to beat this year in CIS soccer. But despite the squad’s impressive results, the team is taking nothing for granted as they continue to fight for their ultimate goal – a first-ever national championship.

A big part of the team’s success this year has been its depth, especially in attack. Nick Lambis scored four goals in the first four games of the season. Recently, Jamie Baker has been the man potting the goals with a team-leading nine. The Rams have four players in the top-20 Ontario University Athletics scoring.

“We can go down the line,” said head coach Filip Prostran after the Laurentian match. “I can close my eyes and point to the bench and whoever I sub in, I look like a genius.” 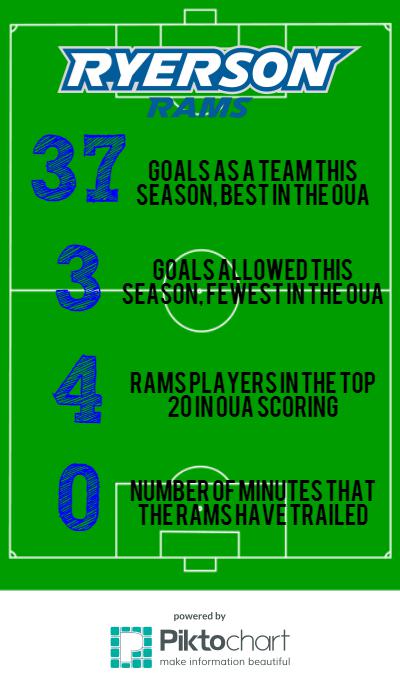 This wealth of talent has helped the team win several matches comfortably this season, winning by multiple goals in nine of their 11 games. That includes a 6-0 drubbing of the Royal Military College of Canada on Sept. 25, during which backup goalkeeper Alex Christie was substituted on as a forward and scored his first CIS goal.

“We can talk all we want about how many goals we are scoring, and that’s great,” said Baker. “But when we are not letting goals in at the back, that’s a sign of a championship team.”

Coach Prostran doesn’t believe the team has quite reached that level yet, however. Despite the Rams’ impressive record and string of dominant performances, the coach is always looking for ways to improve the team.

While Prostran said he doesn’t want to give too much away about the team’s weaknesses, he listed a couple of things he would like to see the squad improve. The list ranged from moving too many players forward when they attack to defensive coverage on set pieces.

“We can’t get complacent because we have a good record, that’s setting us up for failure in the playoffs,” said Prostran. “Every video [session], every game we’ve got to learn something.”

Not that their upcoming opponents will allow Ryerson to get complacent. Baker said the team knows that their success comes with a target on their back.

“Every game people are coming to try and take us off,” said Baker. “I mean, we are the only team in the country with no slips and eleven wins.”

Ryerson has five games remaining on its schedule – four of which are at home – before the end of the season. 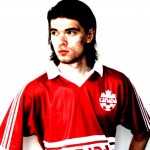 REVIEW: The final bow at the Ryerson Theatre School building