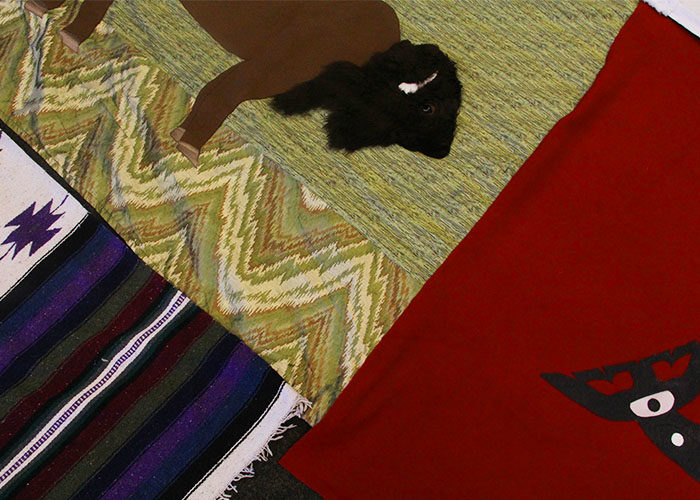 The workshop uses a series of blankets to represent pre-colonial North America. Each blanket represents a different region of the land. The blanket featuring the buffalo represents the prairies and plains. (Kevin John Siazon)

A cluster of blankets is giving Ryerson faculty a chance to confront their lack of knowledge of indigenous history in Canada.

Last week at Ryerson’s Heaslip House, 18 faculty members participated in the blanket exercise — an experiential retelling of colonialization in Canada and the persecution of indigenous peoples.

Before the exercise, not one participant knew the full history of colonialization — some knew almost nothing. The knowledge deficit reflects how little indigenous content was taught at all levels of education in Canada until recently. It is something that the Learning and Teaching Office (LTO) and Aboriginal Education Council (AEC) are trying to compensate for at Ryerson.

“Educators are a perfect audience for the exercise,” said Joanne Dallaire, elder for Ryerson and the AEC. “(The exercise) allows them to understand more and infuse more indigenous knowledge into their courses,” said Dallaire. She called it “teaching the teachers.”

Dallaire has been leading the exercise “for a long time” and said she has never made it through the history “without shocking someone.”

Knowledge deficits in indigenous history and colonialization exist at all levels of education in the province. Research has shown that limited teacher training and educators’ lack of confidence with the material have prevented elementary and secondary teachers from introducing indigenous content in their classrooms.

It was a sentiment echoed by many of the Ryerson faculty at the exercise — they didn’t know about the history because they had simply never been taught it.

“You can’t change what you don’t acknowledge,” said Dallaire. 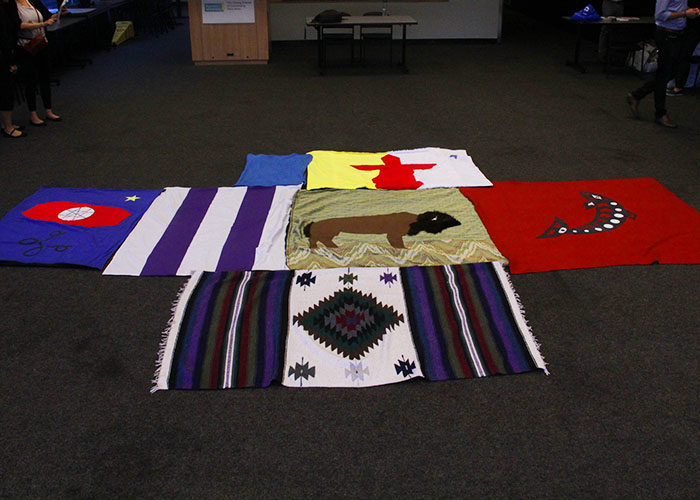 At the start of the exercise the blankets are spread out on the floor and represent the land. Participants, representing indigenous peoples, are invited to stand on the blankets. As the facilitators read the history of colonialization aloud, the blankets are scrunched up and taken away forcing participants to crowd together on the remaining “land.”  (Kevin John Siazon)

This year is the first time the LTO has offered the blanket exercise to faculty. According to Eric Kam, director of the LTO, the session reached capacity in 11 minutes and the wait-list is long enough to fill another.

Kam said he was “blown away” after hearing Sen. Murray Sinclair, chair of the Truth and Reconciliation Commission (TRC), address 660 people at the LTO faculty conference in May. Kam said he decided the LTO could do more to educate Ryerson faculty about indigenous history and the TRC.

“I realized that it’s our responsibility to make sure that what senator Sinclair had to say that day wasn’t the end,” said Kam.

As a participant in the role playing exercise, Kam survived the arrival of colonizers, foreign diseases, forced migration, the residential school system and poor living conditions on reserves.

Jacqui Gingras, a faculty member in the department of sociology who “died” early in the exercise, said she was just as affected watching from the sidelines. “It was the first time I could appreciate the scale of the history … and the trauma of so many generations and in so many ways,” said Gingras.

Gingras, like most participants, said she plans to bring the exercise into her classroom so students can share in the evocative experience.

Emotions were visible at times. One participant physically recoiled when handed a blanket that was intentionally contaminated with smallpox by the colonizers. In the sharing circle after the exercise she apologized for her reaction and said, “I just didn’t want to die.”

Despite the brisk pace, the history had to be abridged to fit in to two hours. By the time Dallaire reached the apology made to former students of the Indian Residential Schools in 2008, only three faculty members were standing — on blankets folded into squares barely large enough for their feet.

Dallaire asked the participants to unfold their blankets, just once, to recognize the positive step of the apology. The blankets covered only a fraction of the space that they had at the start of the exercise. It was a visible reminder of how much had still been taken away.

“Educate, educate, educate,” said Dallaire, when one participant asked what they could do to carry the experience forward. “And remember that indigenous peoples can’t walk away from this history.” 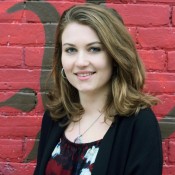 Samantha is a Master of Journalism candidate at Ryerson University. She was previously newsroom manager and news editor at The Ryersonian. She has a fondness for health journalism, criminal law and crunchy peanut butter.

Samantha is a Master of Journalism candidate at Ryerson University. She was previously newsroom manager and news editor at The Ryersonian. She has a fondness for health journalism, criminal law and crunchy peanut butter.