But Unite Ryerson — the latest incarnation of the group that long dominated student politics — still made a clean sweep of all executive positions, with only the presidency being contested. For each vice-president positions, only one candidate ran and all were elected based on a yes/no vote.

The votes were counted at the Thomas Lounge in Oakham House and the results, screened live at the Ram in the Rye, were finalized shortly after 10:45 p.m.

Hoilett, currently the RSU vice-president for equity, won with 72.1 per cent of the vote, beating out the independents Roble Mohamed, a second-year civil engineering student, and John Scott, a second-year journalism student.

Mohamed and Scott attained 14.2 per cent and 13.7 per cent of the vote, respectively.

Hoilett said Wednesday’s snowstorm may have been a factor in the low turnout this year.

The storm closed numerous roads and caused public transit delays across the Greater Toronto Area, and resulted in Ryerson cancelling evening classes for the day.

The counting of votes, originally scheduled for Wednesday night, was pushed back one day to allow more students to vote.

“There were definitely fewer students coming to class,” Hoilett said.

Members of the newly elected team are expected to officially assume their positions May 1.

Hoilett ran on a platform to increase student space and support for campus groups, and during the election said he could campaign for repurposed study space and a free lunch program.

He said Thursday night he would start working on the specific steps for implementation once he assumes power.

Hoilett’s share of valid votes is slightly higher than the 71.2 per cent his predecessor, Melissa Palermo, attained.

But Mohamed, the only candidate who ran against Palermo last year, saw his votes drastically cut by more than half this year to 284, down from 655, or 28.8 per cent, last year.

Mohamed, who previously vowed to keep running for RSU president, could not be immediately reached for comment Thursday night.

Scott, who attained 271 votes, said ­­­­he did not believe he would win, and only ran to “outline how futile the election process is.”

United Ryerson comes from a long line of mutually affiliated groups that dominated student politics for more than 10 years, he said.

The last time an independent won the RSU presidency was in 2004. 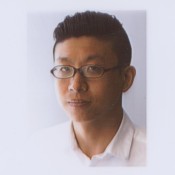 Unionized employees locked out of the CESAR office