The satellite view of the Student Village 1 residence at the University of Waterloo, where a student was struck by lightning and killed.

An 18-year-old University of Waterloo student was struck by lightning and killed on Friday morning.

The woman was walking on a pathway near the school’s Student Village 1 residence close to 9 a.m. when she was struck, says a University of Waterloo press release.

Danielle Burt, the students federation president, tweeted that all events are cancelled until further notice.

Police are withholding her name until next of kin is notified, but the CBC reported she is from the Markham area.

Environment Canada had issued a heat warning in the morning, and had a severe thunderstorm warning in place for the region.

The Ryersonian will update this post as we receive more information.

With files from Alexandra Byers.

The University of Waterloo was conducting pre-planned fire drills fifteen minutes before a first-year student was struck and killed by lightning.

The drills were being conducted around 8:45 a.m., according to the university’s media relations director, Nick Manning.

The first-year engineering student was struck around 9 a.m. She was found without vital signs and was later pronounced dead in hospital.

The university cannot confirm whether the student was outside because of the fire drills.

The Ryersonian will update this post as more information becomes available.

With files from Tristan Simpson and Alexandra Byers.

“All fire drills ended by 8:43 this morning and we have no reason to believe the incident was in any way related to the fire drills,” says Nick Manning, University of Waterloo director of media relations.

The Ryersonian will update this post as more information becomes available. 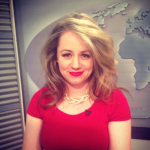