Posters promoting a white students’ union were seen Monday on campus and taken down by students and school officials.

The posters were spotted on the first floor of the Library Building and on various bulletin boards around campus.

The group behind the posters, Students for Western Civilization, is based out of Toronto. According to its website, it seeks to “organize and advance the interests of Western people,” and promote and celebrate Western civilization.

Ryerson’s Twitter account posted that the university is working to remove the “offensive signs” and asked students to report the location of the posters to school maintenance.

“The university has to take action against anything that has a negative impact on our community,” said Michael Forbes, the manager of media relations at Ryerson. He added that he believes the posters go against the university’s non-academic code of conduct.

A statement released by the university said that it does not condone the posters on campus and ensured that the group is not affiliated with Ryerson.

It was around 8:30 a.m. Monday when Ann Whiteside, Ryerson’s manager of human rights services, was alerted to the posters by upset students.

“It’s not very inclusive,” said Whiteside. “It doesn’t embrace our values of equity, diversity, and inclusion which are in our academic plan and considered to be very important values of this university.”

The posters did not have approval they would normally need from the RSU or Student Services. It’s still unclear how many posters were taken down.

A security investigation into the matter is ongoing. 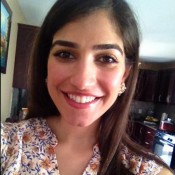 This is absurd! Are people with white skin the only ones not allowed to celebrate their culture these days? Should whites be ashamed of being white? By what logic is a White Student Union not inclusive – have they turned away members of other backgrounds? To be consistent, will Ryerson be taking down all other “not very inclusive” group posters, like the Indian or Christian or maybe the Black Student Union?

Suppressing a group based on skin color is racism.
Destroying their public communication is censorship.