University is an exciting time of change and coming-of-age for teenagers transitioning into adulthood. For many, they are living independently for the first time, free of the rigid schedule or oversight provided by high school and living at home.

While this time of adapting to a new life with new friends can be very fulfilling, this onslaught of major change can make university students more susceptible to developing an eating disorder.

Approximately one million Canadians deal with a diagnosable eating disorder, according to Canada’s National Eating Disorder Information Centre. Although disordered eating can take many forms, the most common eating disorders are anorexia, bulimia and binge eating disorder.

However, disordered eating is not limited to those with a diagnosable eating disorder. The National Eating Disorder Information Centre estimates that there are millions of people who deal with “food and weight preoccupation.”

Stephanie Cassin, a Ryerson University psychology professor and director of the school’s Healthy Eating and Lifestyle (HEAL) lab, said that disordered eating happens on a “continuum.” This means that many people may casually engage in disordered eating behaviour, however it only develops into a full eating disorder when this behaviour is frequently repeated.

According to Cassin, teenagers and those in their early 20s are typically at a heightened risk for developing an eating disorder.

For Alo Greening, a third-year psychology student at Saint Mary’s University in Halifax, the development of their eating disorder was heavily tied to the beginning of their time in post-secondary.

Greening was among many of their classmates who moved into residence in their first year of university and relied on the dining hall for meals. This meant having to eat in a public space with portions controlled by staff.

“If you ask for more or less (food) there’s kind of this feeling of shame,” said Greening.

David Jardine, a third-year professional communications student at Ryerson, struggled with an eating disorder throughout high school, but is now in recovery. Upon their arrival to post-secondary, they were met with new challenges in trying to stay in recovery.

The “Freshman 15,” as it’s commonly referred to in the media, is a weight gain myth among first-year university students. While some studies have shown that students may gain weight in the first year of college, it is typically much less than 15 pounds (6.8 kilograms) and cannot necessarily be explicitly attributed to the college lifestyle.

Despite the actualities behind this myth, gaining weight or the thought of gaining weight can plague some college students’ minds. Jardine cites difficulty with navigating healthy eating on their own as a contributing factor to weight gain while in university. This weight gain resulted in a re-emergence of disordered eating thought patterns, ones that “definitely resurface around tougher times where I’m more stressed.”

Stress can play an integral role in the development of disordered eating. According to Cassin, some people use food as a means of coping with stress or unpleasant emotions. Additionally, certain traits like perfectionism or high achievement orientation, which may be exacerbated by the academic environment, can be tied to an increased risk of developing an eating disorder, said Cassin.

Eating disorders should not only be of concern to college students because they are at a higher risk of developing one due to their age and environmental factors, but also due to the potential of deadly or life-long repercussions associated with them, said Kaitlyn Axelrod, the program and outreach co-ordinator at Sheena’s Place, an eating disorder treatment organization based in Toronto.

Eating disorders are the second most deadly mental illness, she said, next to overdoses caused by opioid addiction.  While most people are able to recover from their eating disorder, she said the development of conditions such as osteoporosis, which may occur due to heavy restriction, are not reversible.

The emotional and social toll of hiding disordered eating habits from friends and family can weigh on someone just as much as the physical aspects, Axelrod added.

With student mental health concerns becoming more pressing amidst the pandemic, Axelrod said it is important to note that eating disorders are often concurrent with other mental illnesses including depression, anxiety, OCD and PTS, among others.

Eating disorders also have a high correlation rate with binge drinking, she said. An American report from the National Institute on Alcohol Abuse and Alcoholism found that on average 33 per cent of college students engage in binge drinking.

Florence Syed, a first-year social work student at Ryerson, said that her disordered eating habits have ebbed and flowed throughout her life, sometimes causing her to feel unvalidated about her illness.

“No matter what size I’m at or what level of treatment I’m at, I don’t fully recognize that I’m in another period of disordered eating until I start to enter another recovery period.”

She adds that despite the fact her disordered eating began at a very young age, coming to university was still a trigger. “(It) allowed me to comfortably starve myself without my parents or family interjecting.”

For college students navigating living independently, stress, possible mental illness, or other factors that may play into the development of disordered eating, remember: they are treatable. 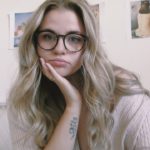 Ontario extends stay-at-home order across most of the province

Recognizing student mental health and well-being during the pandemic