Sacha Lank didn’t start off as a dancer, but the 20-year-old is back for a third consecutive season — her second as captain — of the Ryerson Rams Dance Pak.

The team kicked off a new season this week, hoping to build on their second place finish at last year’s Flashdance University Challenge.

For Lank, who is also a third-year creative industries student, it’s a difficult task, especially when you consider her journey.

The Toronto native was exposed to dance at the age of 12 — later than most competitive dancers. She started as a provincial gymnast at the age of three and it was only after watching a documentary about a ballerina that she pursued her true calling.

“Dance is my outlet. It’s how I express myself when words fail me. I can express things that I could never imagine in words,” said Lank. 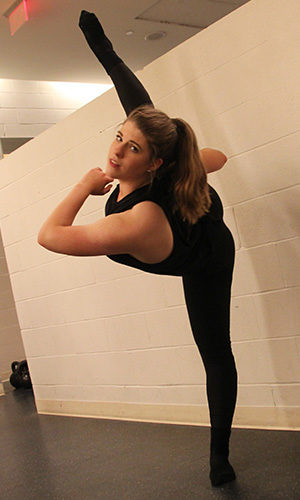 Lank already had the physical ability because of her gymnastics training, but found it challenging to figure out the technical language of dance — putting her behind other competitors.

After years of practice, in 2011, Lank competed in a total of 11 numbers and two solos. She won a scholarship to dance in Los Angeles for a week, which included dancing in a music video, doing mock auditions for agencies and learning to dance professionally.

This all gave her a well-rounded feel of the dance industry, she said.

“I attribute the person that I’m today to my gymnastics training, but, ultimately, I chose dance because it didn’t feel like work. It was always a fun challenge,” said Lank. “Much like the adrenaline rush you get after a workout, dance gives you that feeling. And once you’ve experienced it, you crave the creative outlet.”

Her dance captain responsibilities don’t leave her a lot of spare time.

She spends two days a week practicing with her team, but the work doesn’t stop there. Lank rehearses outside of team practices, choreographs routines and completes administrative duties for the team.

“I’ve always led a busy life, and to me, having more things going on helps me better manage time,” she said. 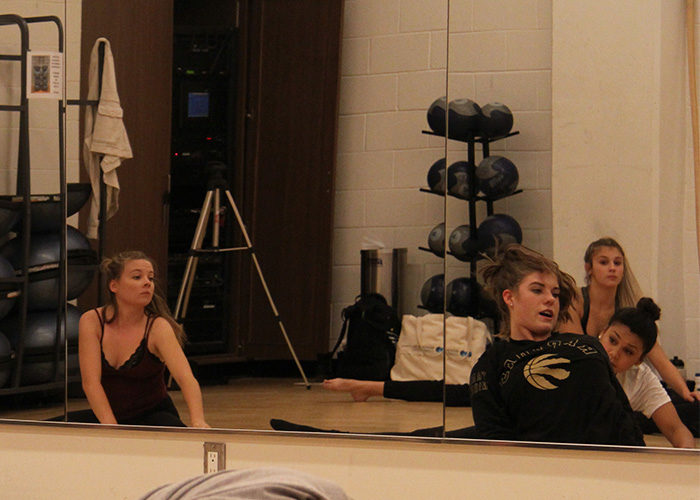 Lank leads the Dance Pak through a routine during the first practice. (Isabelle Docto)

“[Lank] pushes us really hard and she’s always motivating us and she gives us tough love, but she’s a really good captain. She has a lot of motivation in herself so she puts that on everyone else,” said Zoe George, co-captain of the Dance Pak and a fourth-year professional communications student.

Krista Lynn Speller, Ryerson alumna and Dance Pak founder, knows how hard Lank and the rest of the team work to achieve success.

“The team has really made a name for itself since the beginning both here in Ryerson athletics and in collegiate dance in Ontario and Canada. We just want to continue to solidify ourselves as a top contender in collegiate dance,” Speller explained.

The Dance Pak will be performing at basketball home games in November and competing in March. 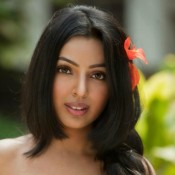