BREAKING NEWS
Post-secondary students and recent graduates facing job anxiety and layoffs due to COVID-19
BREAKING: Ryerson’s spring convocation postponed to fall
Mixed emotions from students working from home during COVID-19
How young people are coming together during COVID-19
A user’s guide to closures and cancellations in Toronto during COVID-19
SportsVolleyball 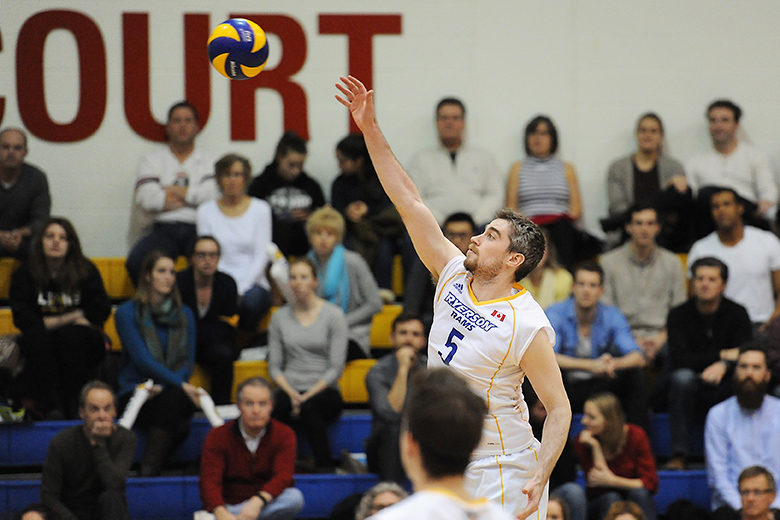 It’s playoff time for Ryerson’s volleyball teams. Both the men’s and women’s teams turned in stellar regular seasons and are looking for redemption after disappointing in the playoffs last year. The women will host the Queen’s Gaels next Saturday at the Mattamy Athletic Centre while the men will take on the visiting Western Mustangs.

Although the women swept the season series against the Gaels, 3-0 and 3-2, Queen’s will not be an easy out. The Gaels enter the playoffs on a four-game winning streak and are one of the hottest teams in the OUA.

On the other hand, the Rams have struggled recently, with only two wins during the month of February.  Their struggles are partly to be blamed for the loss of one of their best players, Emily Nicholishen, who has been out since January with an ankle sprain. Nicholishen is expected to return to the lineup next Saturday.

Ryerson boasts one of the OUA’s top offences. The Rams rank second in total kills and kills per set, thanks in large part to outside hitter Veronica Livingston, who leads the league in kills.

On the men’s side, Ryerson looks to be a heavy favourite against Western.

The Rams defeated the Mustangs last Saturday to sweep the season series and are 8-2 on the season at home, with arguably the league’s best offence. The Rams lead the OUA in total kills, kills per set,  total assists and total points. They’re second in assists per set, service aces, and points per set.

This article was published in the print edition of The Ryersonian on Feb. 24, 2015.

Before the Gardens, there was George Bell