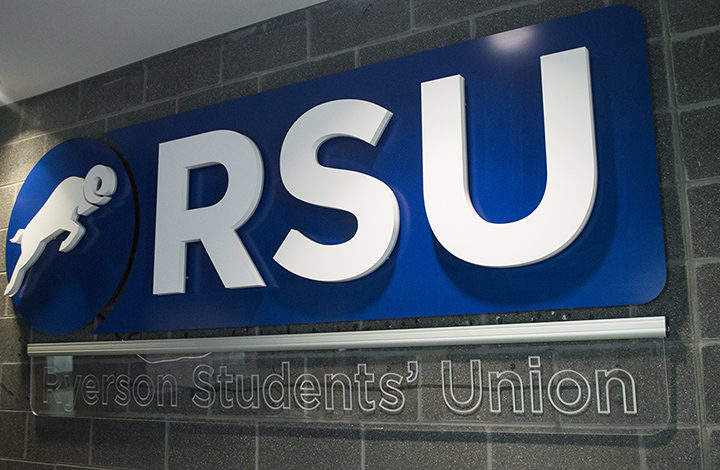 The results are in, the students have spoken in the Ryerson Students’ Union (RSU) elections…well, some of them.

Voting closed in the RSU elections last night at 4 p.m., and within an hour, Obaid Ullah and Impact had been declared the winners of all executive positions. Voting took place March 7-9.

The quick results – last year it took over seven hours to count the votes – was largely thanks to a shift to online voting; a first in RSU elections history.

But despite moving all of the voting online, voter-turnout was more or less unaffected. 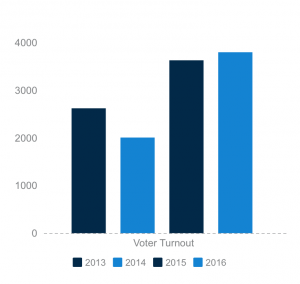 In total, 3,792 votes were cast in the presidential race, and although online voting only marginally changed voter turnout, there does seem to be a trend of increased engagement in RSU elections.

Last year, the jump in voter-turnout from the previous election was far outstripped.

Ryerson political science professor Neil Tomlinson says that the massive jump in voter turnout between last year and years previous was possibly down to a growing desire amongst students for change in the RSU.

“Last year was a shocking change of direction. I think the people who voted for change last year voted this year just to cement that change,” he says.

“RU Connected were the heirs of the previous, previous executive,” Tomlinson added, referring to Unite Ryerson, the slate in power for before the current executive, Transform.

This year, online voting was introduced in an attempt to engage students and increase voter-turnout, but with such a marginal difference in voter-turnout, it seems to have been largely inconsequential.

“I thought and I hoped (online voting) would make a big difference,” Tomlinson says.

He suggests it might have been more effective if the candidates had more time to campaign and get their messages out to students.

But while online voting had little impact on voter-turnout, some candidates felt effects.

“It was a lot harder this year, with online voting, to gauge what was going on,” says Impact’s Harman Singh, who was re-elected this year as vice-president, student life and events, with 76 more votes than he received last year.