The election ends tomorrow night with results announced on Friday

Students will decide on one of four proposals that the university will adopt in replacing the Ryerson Students’ Union (RSU). In January, the university terminated its operating agreement with the RSU, citing “lost confidence” in the union’s ability to represent students. The RSU responded with a lawsuit claiming $2.7 million in damages later that month.

Voting is open both in-person at the Rogers Communications Centre and the Student Learning Centre, as well as online. The Ryersonian summarized the four proposed structures last week.

After the winning structure is selected, an election will be held in April for students to vote on who to fill leadership roles. Ian Brennan, vice-president of procurement at BDO Canada, will oversee the April election.

The current election has not been without political strife. Yesterday, David Jardine, the student behind Ryerson’s Undergraduate Students’ Alliance (RUSA) proposal, said they would end campaigning due to concerns over their mental health.

In Jardine’s decision, announced on Facebook, they addressed screenshots depicting Jardine sharing “discriminatory” messages online. They said the screenshots were fake, adding that they hope the posts are taken down to prevent potential harm to students.

“I have dedicated my entire university life to addressing inequality and to pushing for more anti-oppressive practices in our spaces,” Jardine wrote.

“Whether you believe me or not, sharing those messages will harm students who see that on their feed, because someone wrote those — fake or not,” they added.

Despite Jardine’s decision to end campaigning, RUSA will continue to be listed on the ballots.

The election results will be shared by Ryerson on March 6, the same day the university and the RSU will appear in court for the next phase of legal action. 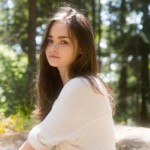