What is a minister for middle-class prosperity?

One of the new additions to the cabinet is Mona Fortier who became the minister of middle-class prosperity and associate minister of finance.

But what is a minister of middle-class prosperity?

Sandford Borins, professor of public management at the University of Toronto, told the Ryersonian, “Like all other observers, I’m a little bit puzzled, but it’s not uncommon for the government to create a junior minister as part of a larger portfolio.”

Borins said the role of the minister of middle-class prosperity is likely to apply a middle-class lens to government policy decisions.

“This person looks at the implications of policy decisions for the middle class,” he said, “but the problem is that other groups are somewhat more targeted.”

According to a national poll conducted by MacLean’s magazine, about 70 per cent of the population define themselves as middle class, meaning that Fortier will represent more than half of Canadians.

Borins said having this ministry is “nice” but it’s not a need. “You couldn’t do without a minister of environment and climate change for example, but you could do without this minister of middle-class prosperity,” he said.

Last Friday, in an interview with CBC Radio’s The Current, Fortier defined the middle-class as “where people feel they can afford their way of life … it’s having the cost of living where you can do what you want with your families.”

While the role may be confusing to some, the decision to create it was in line with the Liberals’ promise to do more to benefit the middle-class.

“The government has always made a big thing about policy to benefit the middle-class and those who want to join it,” Borins said.

In 2015, the Trudeau government promised a middle-class tax cut as a central part of their campaign. This promise was fulfilled when the party dropped the tax rate to 20.5 per cent from 22 per cent on earnings between $45,282 and $90,563.
Mandate letters are expected soon to outline the objectives each minister is supposed to accomplish and to explain the job of that minister. 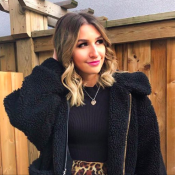 What is quantum supremacy?

Beat the construction and cold with these 5 indoor campus routes