OPINION: What Thanksgiving means to me as someone who doesn’t celebrate it 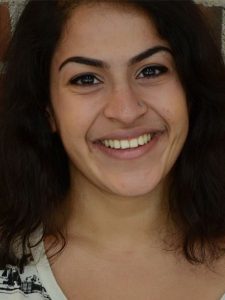 The first time I ever heard of Thanksgiving was when I sneakily streamed an episode of Friends in middle school, without my mother’s permission. She refused to let me watch the series until I was appropriately old enough to hear the double-entendres.

It seemed like a cozy time: people gathering with those they know and love around a table laden with the traditional roast turkey and stuffing, exchanging anecdotes and spending quality family time with each other. As a child of an Asian family who spent her childhood in the Middle East, everything I really knew about it stemmed from the way it was glamorized on my favourite TV series. It was marked as an obligatory life experience for anyone who lives in the West. While my childhood has been marked by our own annual family traditions and cultural holidays, I remained curious.

My first month in Canada was a series of culture shocks, such as the way Canadians take left turns at traffic signals (why must we tempt death?), or the way people just generally seem to interact and form relationships with each other.

Before I knew it, my first Thanksgiving weekend was fast approaching. My only plan was to while away time in my mostly empty campus residence, and procrastinate on school assignments. However a week before Thanksgiving, while standing in line at our university cafeteria, I was asked by a friend (who we’ll call “Mia”) if I’d like to come spend the weekend with her and her family. My first traditional Thanksgiving. Naturally, I was excited.

It was a fantastic weekend. Mia’s family could not have been more warm and welcoming to me. I fell in love with her two dogs instantly. We spent the weekend playing board games at the family dining table, exploring her hometown and watching movies. The perfect refresher from the hectic rush of university life.

It became an official yearly routine. With the exception of my second year, I spent every Thanksgiving holiday with Mia and her family. Every year they would continue to welcome me with open arms, and every year I would while away the weekend with Mia. Either we would finish up school work at the dining table or playfully compete with each other at a traditional round of Scattergories. It was a great break away from the school semester.

Despite this family’s hospitality, I couldn’t help but come away feeling a tad isolated. This feeling was strengthened by the fact that every time her father would pick us up at the bus station, I would see his eyes light up at the sight of his daughter. I couldn’t help but wonder if, despite the invitations, I was intruding on quality family time with their daughter, who no longer lives with them.

They always treated me like family, but the truth is I’m not their family, and they are not mine. Acknowledging that, as well as the fact that my own family currently resides in a different continent, can make the holiday feel slightly alienating for an international student like me. To me, Thanksgiving is simply just a long weekend. I can either fill it up with a getaway from the city, or spend time being productive.

In a Huffington Post article, titled “For Those Who Don’t Celebrate Thanksgiving,” Marianne Smallwood wrote that she has never felt the need to celebrate the holiday – despite the “horrified looks and charitable invitations” immediately extended to her, should she dare say the words aloud. Just as with me, to her the holiday is no different from any other day in the year, and she chooses to spend it as such. As she says, “There are 41 million of us (in the States) out there who won’t cook or participate in grandiose poultry dinner … We’re OK.”