In a world becoming so dependent on wireless internet for news and updates, the demand for Wi-Fi in more public spaces while commuting has risen.

In Canada, VIA Rail trains have Wi-Fi for business or economy classes and long-distance travels. But regional trains, more specifically Ontario GO trains, don’t have Wi-Fi, despite several of their trains travelling the same distance as some VIA Rail routes.

In June, Metrolinx announced they were planning on finding a partner that can support the cost of free Wi-Fi on GO trains and buses. A deadline for the offer was set for June 22, but there hasn’t been any news since about finding a partner.

Metrolinx spokesperson Scott Money says there are a lot of logistics behind getting a company to partner up and sponsor free Wi-Fi on GO trains. 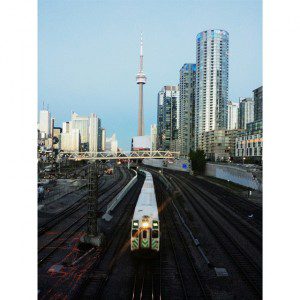 “It’s all about finding the right partner. It takes time and an expression of interest,” Money said. “Ultimately we are putting out an offer on the market for companies to accept and say, ‘we want to give your customers free Wi-Fi.’ ”

According to Money, when it comes to GO trains, Wi-Fi will come at no cost to customers and little to no cost for Metrolinx. Instead, Money said future fare hikes will go towards maintenance and track work as well as building plans of new services. Metrolinx most recently increased the fare of a single-ticket on Sept. 2 by three per cent.

While this process of finding a suitable partner is currently in progress, Student Move TO  reports that 54 per cent of Ryerson’s students who commute find that having Wi-Fi on long commutes will help them not only get school work done, but also keep them updated on class announcements.

Madeline Macdonald, a second-year photography student who commutes from Brampton, said she experienced a situation that could’ve been easily avoided with the help of having Wi-Fi on the trains.

“One time, I was super close to school on the train and my prof emailed me saying that [class] was cancelled,” said MacDonald.

Wi-Fi is readily available on trains in other places around the world. Countries like Germany and the Netherlands offer free Wi-Fi on their cross-country trains.

In the GTA, GO Transit is still looking for a partner to provide Wi-Fi on their trains. But with more than 91 per cent of train commuters riding to and from Union Station everyday, according to a report from GO transit’s annual review, students like MacDonald hope they won’t have to wait too much longer. 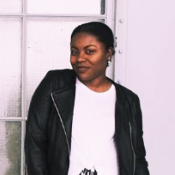 Arts and Life Editor and Reporter at Ryersonian for the 2017/2018 academic year.

Arts and Life Editor and Reporter at Ryersonian for the 2017/2018 academic year.