Where did your mind go? 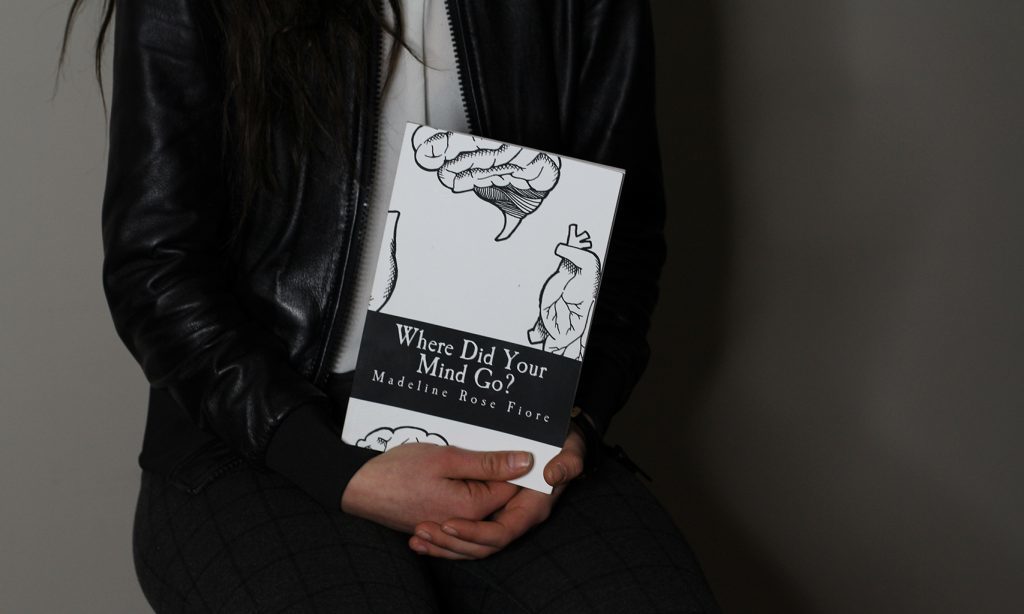 Where Did Your Mind Go? written by Madeline Fiore, first-year journalism student. Photo by Adriana Parente.

Madeline Fiore gathered all her friends in one place. Fuelled by the surrounding smell of coffee, she dumped her bag full of poems onto the table. “OK guys, pick your favourite one!” she told them. After reading them over, her friends collectively passed them all back to her because they were just too good. “It was no help, but it did motivate me,” she said.

Just like that, the first-year journalism student decided she needed to have her own poetry book. After speaking with a publishing company in July 2017, she said she learned a lot. Not only did she want to use this first book as a trial run, but she also didn’t want to have to change her poems for any company. “For my first book, I thought it would be special to self-publish,” said Fiore.

Her 30-page poetry book, Where Did Your Mind Go?, was released in November 2017.

“What are you thinking about? Who’s on your mind? What time is it? Where are you going? What are you doing?” These questions go through our minds in lonely moments, and are centred on the first page of her book.

“People would ask me questions that I was always asking myself,” she said. “They [the questions] would make me so frantic and lost. I don’t even know where my mind [was].”

Fiore said the structure of her book is supposed to follow a story of emotions. The poems go back and forth with her mind as she is writing.

She began writing poetry in her Grade 12 writer’s craft class, starting with a blackout poetry assignment. For the assignment, she had to piece together single words or short phrases by blacking out passages of old books or articles. What was originally an article about pastries, Fiore made into something completely different. 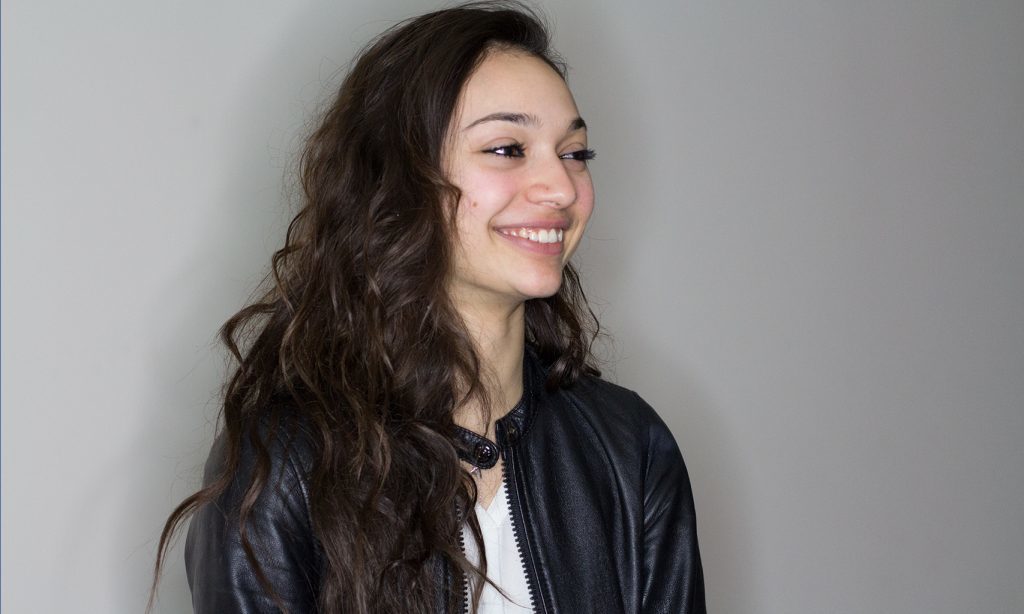 “I liked how I was able to take words and make them into something else, and manipulate them to mean something different,” she said. After graduating high school, she said she started to write poetry in her free time and at work. She said when it wasn’t busy, she would just stand in the corner and write whatever she was thinking about.

For Fiore, writing is a way to access her emotions. She said poetry is a good outlet to express how she feels. “When I am writing it’s so abstract that even if I don’t use the proper words, it is fine because you interpret it in your own way. That is the whole thing with poetry.”

Most of her poems are about her emotions and how she feels in a given moment. As her emotions changed, her writing changed as well. “The poems I write are personal and straight from the heart,” she said. “I noticed my writing transition from angry to positive. I have grown from that and found a more positive way to write my poems.”

So far, she has sold 70 books, which are available at Sunrise Records, Amazon or at her book talks.  She also carries copies on her wherever she goes so people can purchase them directly from her. “I don’t just want to tell people to buy my book on Amazon because I want them to be able to connect with me and the book,” she said. “Inviting people out and meeting people makes it more engaging.”

With over 200 poems in her journal and Google Docs, Fiore said she is already working on her next poetry book. Her poems are meant to grow with her; each book is meant to show an evolution of where her mind was, where her mind is and where her mind may be going.

Ryerson to launch zone in Vietnam this spring