Ryerson’s search for a new president failed when its two top candidates backed away from the job — one of them as recently as last Tuesday, The Ryersonian has learned.

The university’s efforts to find a chief ended in surprise on March 5 when the university announced that out-going president Sheldon Levy would be staying for up to two years.

Now two sources have confirmed there was indeed two candidates and that Shepard told the university he no longer wanted to be considered on two days earlier on March 3.

It’s not known why two candidates would have dropped their interest in the job. Neither the university’s president search committee, which has now been disbanded, nor the Board of Governors has released information on any proposed deal or on how the process fell apart.

The name of the second candidate isn’t known publicly. Every member of the president search committee has declined several requests for interviews.

Ken Graham, who has been in the headhunting industry for 20 years, says it is unusual for a professional recruiting agency – such as the one the university hired – not to find an executive placement.

“There is always an opportunity for something to happen that will change the outcome of a search and so having a constant search and supply of additional candidates is necessary to be able to mitigate any situation where a candidate does not follow through with an offer,” Graham said.

He adds that he wasn’t involved in Ryerson’s search and doesn’t know the details of what happened to the top two candidates.

According to Graham, it’s industry standard for the headhunter to be paid one-third of the candidate’s first year compensation. Payments are made in three installments, one up-front, one during the search, and one upon completion. Levy’s salary in 2013 was $370,475.04.

Spencer Stuart, the firm that Ryerson used in the search for a new president, would not speak with The Ryersonian.

Tuesday, March 3, Shepard contacted the Ryerson presidential search committee and told them that he would not be accepting any official offer according to a source close to the committee.

Wednesday, March 4: The search committee approached Levy to ask him to remain at Ryerson while the search continued. He agrees to stay for up to two more years.

Thursday, March 5: the search committee tells the Board of Governors that Levy would stay on until a replacement was found. The board agrees.

Friday, March 6: The university announced publicly that their search has failed and Levy will remain for up to two years.

Shepard issues a statement to the Concordia community on March 5, that says he didn’t plan to leave the institution.

Behind the scenes look at executive searches:

1) The firm analyzes what the role requires, and compiles a list of people that would fit the position well.

2) It then looks into the history of the job and what expectations there would be for the potential candidates.

3) A full-scale search begins next. The search might include creating a list of similar companies or organizations, identifying people in similar roles, and researching their credentials before contacting them.

4) The client is presented a longlist, which is narrowed down to a shortlist. Formal meetings follow.

5) The firm meets with the client’s stakeholders on a weekly or bi-weekly basis to report on the search status.

6) The search team manages the candidate-client relationship through the entire process and handles all meeting and travel arrangements on the client’s behalf.

7) An offer is presented to the chosen candidate. The search team assists with the process, from the candidate executing their resignation to their current employer, to the day they walk through the client’s door for their first day. 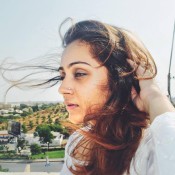