Why this mayoral election is so important to Toronto’s youth

A cartoon “gangster” wonders if the “crackhead” is running for mayor again. (Fatima Kazmi/Ryersonian)

Toronto’s Apple and Twitter generation has either already voted in advance voting or is gearing to vote on Oct. 27 in perhaps Toronto’s most controversial mayoral election. It’s been a rollercoaster of political events, and the youth have never been more interested.

The shocking revelation of Mayor Rob Ford’s crack scandal was just one of his many embarrassing antics. Torontonians saw him visibly intoxicated on numerous events, heard him make lewd remarks and found him to be associated with gangs. While he initially denied the incidents, he later went on to accept them. Still, he continued to be the mayor. A few may argue that some good came out of this. He became a daily dose of entertainment for the public, he put Toronto on the map and Jimmy Kimmel made it a topic of discussion on his show.

Teenagers that took no interest in politics were now following the news and discussing democracy. Perhaps, words like intoxicated, crack cocaine and gangs were better understood than the words city hall, budget and election. When Ford announced he would run for mayor again, young adults felt it their duty to campaign against what they called Toronto’s biggest mistake.

Suggestions for the next mayor were offered. Toronto Life magazine wrote an article on Ryerson University president Sheldon Levy’s achievements and called him “the best mayor Toronto never had.”
Another shocker came when Ford declined to run for mayor, and run for the Ward 2 seat on the City Council instead; all while being treated for a tumor in his abdomen. His brother, Doug Ford, decided to take his place, and it was apparent that the Fords weren’t leaving Toronto’s political circus just yet. At least the banners and place cards campaigning Rob could now be reused.

This drama is better than reality television and sufficient to keep Toronto’s young crowd hooked. According to the CBC, an astounding “record number of advance ballots” were casted – “124,798 as of Saturday evening.”  In 2010, during Toronto’s last mayoral election, a total of 77,000 advance ballots were casted.

The nominations for mayor closed on Sept. 12 and there are currently 65 candidates running for the position. Of the 65, Olivia Chow, John Tory and Doug Ford make up the top three in opinion polls.

Two important issues concerning young people are policing and transportation. In the wake of Sammy Yatim’s killing by a Toronto Police officer, people actively condemned the actions. The youth felt it as an attack on their democratic rights.

Chow is calling for a ban on carding by police, and plans to renegotiate the schedule that provides 28 hours of pay for 24 hours of duty. Tory suggests stronger funding for the police departments. Ford continues to support “frontline officers” and makes it clear that he has no plans for bringing down their salaries.

Transportation is an important issue because it concerns Torontonians of all ages, particularly young students that depend on commuting.  Chow is focusing on creating bike lanes. Tory seconds Chow and suggests there should be more bike parking spots at TTC stations. Ford supports the idea as well, but dismissed the Eglinton Connects plan, a light rail transit line across Eglinton Avenue.

The polls are showing a division of votes among the three candidates. On Oct. 27, Toronto will decide whether they want change or more opportunities to use the word inebriated. 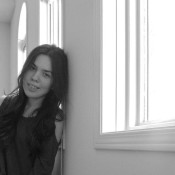 RHG: Growing from the ground up