The 2017 federal budget includes cutting the public transit tax credit that gives commuters a 15 per cent tax credit on transit passes, and it could impact some students and their parents. 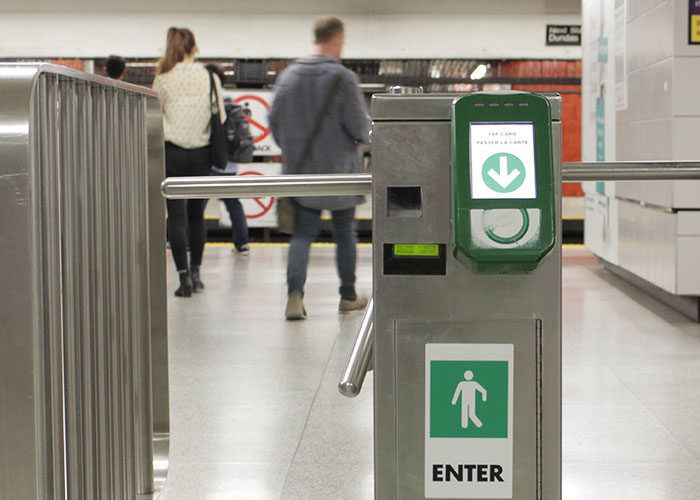 Payments made with GO Presto cards will no longer be claimed for rebate starting July 1, 2017 (Kevin John Siazon/Ryersonian Staff)

“I specifically come to Ryerson so I can spend less on my Metropass because of the volume incentive program,” said Chang School publishing student Nicole Bunt. “At the end of the year, getting that credit back was always really helpful because it basically paid for a pass and a half.”

Associate professor at the School of Accounting and Finance at the Ted Rogers School of Management Jonathan Farrar said most students wouldn’t be able to claim the tax credit in the first place.

“If there’s a tax cut that negatively impacts students, it’s not a good thing. However, in order to even claim the tax credit, you have to have about $20,000 of taxable income. Most students have very low incomes, so they aren’t paying taxes anyways.”

In a statement, TTC chair Josh Colle said, “While the budget contained good news for Toronto, anything that makes transit less affordable for TTC customers is a concern. TTC staff are currently undertaking a review of the elimination of the public transit tax credit and I will be looking for analysis on any impact to our ridership.”

For some student commuters, it will be their parents who take the financial hit. Meenu Chopra, 48, is the director of cash management and products at CIBC and said the government’s decision was a surprise that has a direct impact on her finances.

“I pay a lot of income tax and this tax credit was one of the mechanisms for reducing the tax owing. I pay almost $600 per month for just the transit expenses for my daughter, son and myself. Unfortunately, there are no other viable options for my daughter and I if we want to work or study in Toronto.”

The federal budget claims that “available evidence suggests that this credit has been ineffective in encouraging the use of public transit and reducing greenhouse gas emissions.”

Instead, the federal government will be investing $20 billion to improve transportation in Canada over the next 11 years. According to the budget, this will include the SmartTrack project which “proposes to link Scarborough to Etobicoke and enhance the GO RER program with up to six new stations and an integrated fare system.”

Students and parents filing taxes for the 2016 tax year will still be eligible to receive the credit.

UPDATED: Ryerson president apologizes for use of logo, not students’ work, in video criticizing Niagara Falls