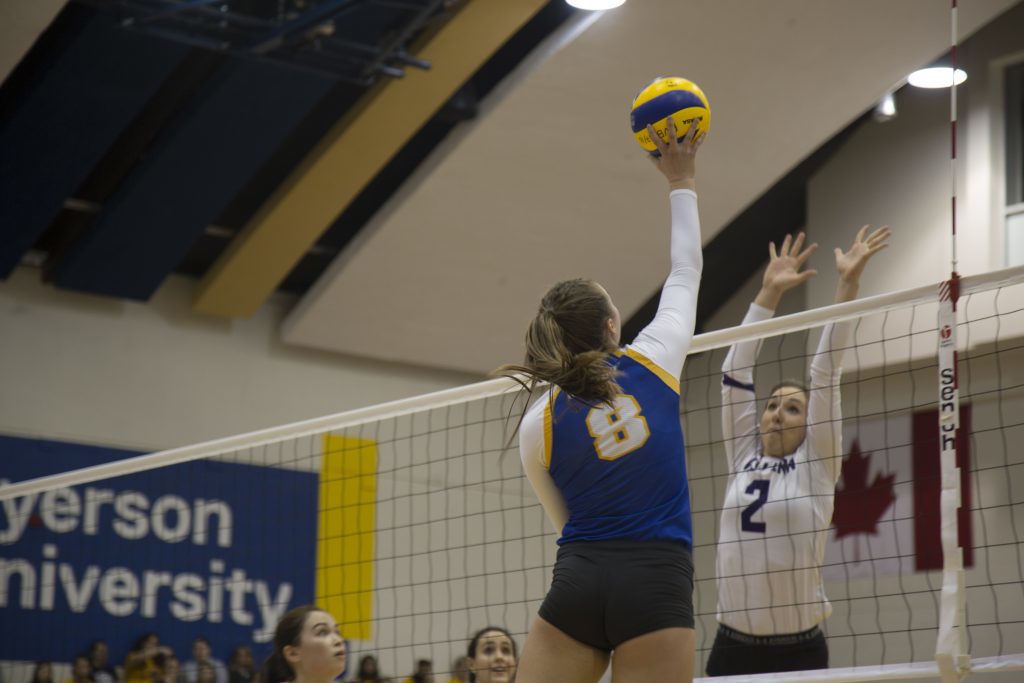 The Ryerson women’s volleyball team began slowly. But once again, on the brink of their first loss this season, they came back to win the national playoff quarterfinal against the UBC Okanagan Heat Friday at Laval University.

The OUA Quigley Cup champions struggled early on, losing their first two sets 25-22 and 25-18. Okanagan’s Michelle Jakszuk had a monstrous 18 kills in the game, playing especially well in the opening sets.

But the Rams have proven all season that they can never be counted out in a match. Rookie Janelle Albert and sophomore Lauren Veltman carried  the team with 15 and 12 kills respectively. The team’s depth was evident as Cailin Wark and Theanna Vernon also contributed to 10 kills each.

Their win in Quebec City was the first national championship victory in program history, and continues their undefeated streak all season.

The Rams play the top-seeded Calgary Dinos Saturday at 8 p.m.

Cosplay is not consent at Toronto Comic Con