After rapper French Montana finished a short set, DJ DattaBass took the stage surrounded by an entourage and RSU staff. It wasn’t long before he spotted the shirt in the crowd and called out the concertgoer.

“You come here bringing that kind of shirt, you better wipe your ass with it,” said the DJ.

Someone from the crowd of hundreds threw the T-shirt onto the stage, where an unidentified person attempted to burn it with a lighter. The person was then ushered off stage by RSU staff before the shirt could fully catch on fire.

DJ DattaBass commented on the incident after the concert. “I know this is a public event and everyone is invited, but if you’re gonna throw up that shirt, make sure you do it on your own turf, cause when you come downtown, and you come to Ryerson, you better be reppin’ the Rams, baby,” he said.

Harman Singh, RSU vice-president of student life and events, said the T-shirt incident was “nothing serious.”

“It’s more of a ‘fun and games,’ that’s why our events are open to the public, and open to other students. This wasn’t just for Ryerson students,” added Singh.

“At the end of the day, another institution is there, we have to respect each other” said Ullah. “The RSU doesn’t tolerate burning each other’s shirts, at all…With future events we’re going to make sure it doesn’t happen again.”

Despite the drama, many students said they like when the RSU holds these kinds of events.

“It’s really great that they do this,” said Carole Liu, a first-year Ryerson student in media production. “I feel like the atmosphere that they bring to the concert is great, because everyone shows up, everyone is super hyper.”

Julia Pivetta, a first-year psychology student, agreed. “It’s really definitive of Ryerson, because U of T doesn’t do this, York doesn’t do this. Ryerson does this. It’s what we’re known for,” said Pivetta.

The RSU is holding another concert at Lake Devo on Friday, following the parade that begins at 4 p.m. The musical guest has not been announced. 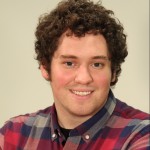