On Oct. 27, Toronto will elect a new municipal government. As voting day approaches, The Ryersonian asked the councillor candidates of Ward 27 (Toronto Centre-Rosedale) to share their visions for the community’s future.

Although we requested interviews with all 10 of the Ward 27 candidates, Kamal Ahmed, David Byford, Susan Humfryes and Robin Lawrance did not respond by deadline. 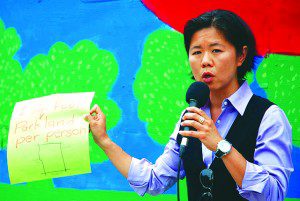 Background: First elected to city council in 2010, Wong-Tam is running for her second term in office. Before becoming an elected official, she worked as a real estate professional and an art dealer.

Mandate: When asked how her first term in office went, Wong-Tam said she is particularly proud of her work in regards to development. During her tenure, she worked with Artscape and Habitat for Humanity to secure 22 new affordable housing units.

“I’m hoping that those affordable housing options will benefit the student population as well as seniors and young families moving downtown,” she said.

The Toronto Region Board of Trade recently named Wong-Tam as the city’s “public space advocate.” Some of her other development-related initiatives have included support for Ryerson’s plan to create a pedestrian-friendly zone on Gould Street and a partnership with The 519 Community Centre to install temporary “parklets” on Church Street.

“The success of the city will be measured by the quality of our public spaces and how we use them — whether or not people feel safe walking the streets at night and whether or not we have a transit system that moves people through the various neighbourhoods that they need to travel in,” Wong-Tam said.

Top Priorities: Wong-Tam is currently working on a plan to revitalize Yonge Street from the waterfront north to Davenport Road. She’s also bidding to make Toronto the destination for Expo 2025. If re-elected, Wong-Tam hopes to continue to transform Gould Street.

“Now that the street is permanently closed, we might as well just really purposefully design it out and then brand it so that it is part of the iconic feel and experience when you come into Ryerson.”

When asked how she plans to engage with the student population, Wong-Tam highlighted her active presence on social media. She also stressed the importance of having a physical presence within the community.

“Ward 27 has a really young population, and I think you need to be really energetic to be the councillor of this ward. You cannot be too laid back and you cannot be passive.You’ve got to go out there and meet people.” 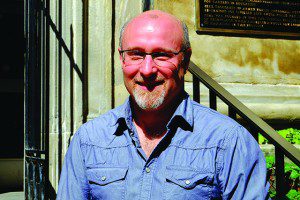 Background: Wolvin studied broadcasting at Confederation College in Thunder Bay before moving to Vancouver. While there, Wolvin co-founded and was chief fundraiser for the Vancouver Pride Society. He moved to Toronto eight years ago and now works on film sets helping production assistants and assistant directors.

Mandate: Wolvin lives in the ward and says his strong awareness of the issues that affect the community make him the ideal candidate: “You need to have the sort of person that says, ‘I see this problem because I walk the streets and it’s a problem I share with my neighbours.’”

Top Priorities: Wolvin advocates for a downtown relief line that would improve transit efficiency and address gridlock’s negative impact on the environment and the economy. He would also work towards creating more student housing at Ryerson, so that students can be more involved in the community. Wolvin also wants to foster a stronger sense of community within the ward.

“The city should be planning itself around village hubs, where people walk to work, they walk to school, they walk to shop, and they linger and they get to know their neighbours and they develop a sense of belonging,” he said. 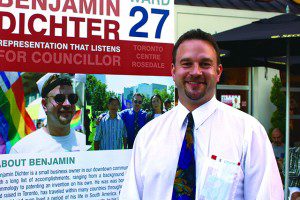 Background: A self-described “equal rights advocate,” Dichter was once a diamond engraver. Now, he’s a businessman who runs a digital printing service within the ward.

Mandate: Dichter’s website bills him as “the aspiring voice of reason for Toronto Centre-Rosedale.” If elected, Dichter says he would use his communication skills to engage with all constituents’ perspectives — even when they differ from his own.

“I always go back to practical wisdom,” he said. “You have to be open to listening to everybody.”

Top Priorities: Dichter thinks one of the biggest issues pertaining to Ryerson is the lack of residence spaces. To tackle that problem, he’s proposed that Ryerson and city council work together to create low-rise living communities that would house students and the public.

“If Ryerson University doesn’t have the funds to expand its residential program, then we need things within the area that allows students of Ryerson to move out of their parents’ house … and participate in the local community.”

Other key points of Dichter’s platform include alleviating traffic congestion and rejuvenating the Church-Wellesley neighbourhood. He also believes the village could be harnessed as an asset for global tourism. 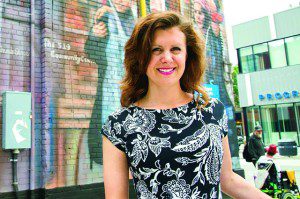 Background: Megan McIver grew up on a farm in Lion’s Head, Ont., where her father has been the mayor for over 30 years. She started her political career as an intern at Queen’s Park and was hired as an employee after graduation. In 2011, she founded her own consulting business, where she works with natural resource companies, academics and the government.

Mandate: McIver has put her job on hold to campaign full time. Although she’s willing to work with whomever gets elected mayor, McIver supports John Tory and says her mandate aligns with his. She welcomes collaboration with the private sector, and emphasizes the need to “find efficiencies, modernize city hall and balance the budget before raising taxes.”

Top Priorities: McIver has many plans that pertain to Ryerson. She wants to promote entrepreneurship, improve employment prospects for students and build the campus with more land development and residence buildings. She said connecting students to the right employers goes hand in hand with her goal of promoting the city, attracting investment and creating more jobs. 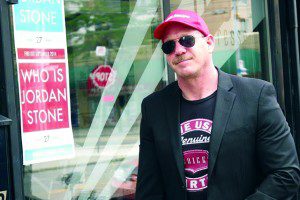 Background: Jordan Stone has an eclectic resumé. In his twenties, he started his own fashion line and played professional rugby. He later founded a film production company and launched a health product line.

Stone doesn’t have any prior political experience, but he says that’s a good thing.

“I think (councillors) get lost in the protocols (and) workings of city hall, and it can consume you,” he says. “When you’re outside of it … you can be completely independent in your thoughts and your ideas.”

Mandate: Stone emphasizes that because he lives in the ward, he would remain accountable and accessible to the community.

“I am in and around this ward all day and every day. So I will never become distant.”

Top Priorities: As an avid cyclist, Stone said one of his priorities would be to improve and expand cycling infrastructure in the city. He also wants to create a design standards panel for condo development, to ensure that future developments include community input and meet strict requirements for architectural quality and design.

Stone — who has three Ryerson students working for his campaign — said he would also address the high cost of rent in the ward so that more students can afford to live there. 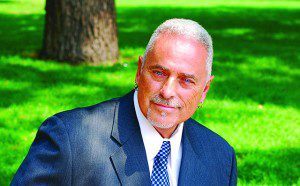 Background:  Born and raised in Quebec, D’Amours was the first openly gay employee at Molson brewery. He then worked at Human Resources Canada, coding and organizing federal publications. After moving to Toronto about 20 years ago, D’Amours now works as a general contractor and project manager for his own renovation company.

Mandate: D’Amours’s slogan: “bringing common sense to City Hall.” To D’Amours, common sense is tied to cutting down on unnecessary expenses. He cites the ongoing subway-LRT debate as a waste of resources.

Top Priorities: If elected, D’Amours would work to protect and preserve older trees and parklands as well as create more public green spaces within the ward. He would also push for the creation of a retirement home for the ward’s LGBTQ community. Although he doesn’t have any specific plans for Ryerson, he said he hopes to maintain regular contact with the student population.

“I would love to meet the students, talk about the problems, talk about what you’re looking for and work with you guys to make it a reality,” he said.

With files from Michelle LePage.

This story was first published in The Ryersonian, a weekly newspaper produced by the Ryerson School of Journalism, on Oct. 22, 2014. 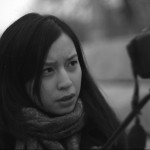