Live blog: Toronto celebrated as “Youthful City of the Year 2014”

Toronto was named ‘Youthful City of the Year 2014’ by YouthfulCities.

Toronto is being feted as the “Youthful City of the Year 2014” by a Toronto consulting firm.

YouthfulCities, a global social venture run by Decode, is officially awarding Toronto with the title, which it announced in November.

The announcement is being made at an event that’s also launching the YouthfulCities Index. It will feature an award ceremony and a gathering of Toronto’s top thinkers, leaders and millennials, according to a press release for YouthfulCities.

Toronto beat out 24 cities around the world including close contenders Berlin and New York for the top spot. According to YouthfulCities, the index by which cities were measured is the first comprehensive ranking of the world’s top cities from the perspectives of youth aged 15-29.

When the announcement was initially made in November 2013 it went viral across social media.

From #Israel, congrats to #Toronto, just named @youthfulcities ‘City of the Year’ http://t.co/ATzIuAOKRQ. Next year #TelAviv 🙂

Happy to say #Toronto won youthful city of the year according to the #youthfulcities index! Love my city! — Molly Leathem (@MollyLeathem) November 25, 2013

Lawrence Altrows, an urban planning professor at Ryerson University supports the initiative and will be attending the launch.

“I have long recognized that youth by and large need to participate and feel like they are part of the stakeholders in this city,” he said.

However, Altrows questions the data collection methods used to determine which cities ranked higher than others.

“Take youth employment rates for example,” he said. ““If that’s such a concern here why did Toronto score so well on that?”

Former Ryerson journalism student and current Global Director of YouthfulCities Sonja Miokovic is confident in the data that she helped gather. The process for collecting the data included recruiting urban decoders, young people who helped collect data, and a survey distributed to thousands of youth around the world.

“The data was created by youth, with youth and for youth,” Miokovic said.

Toronto won the award based on its score in an index that included 80 indicators across 16 categories such as safety and mental health, diversity and entrepreneurship based around the themes “live, work and play,” Miokovic said.

The data for the indicators were gathered through surveys and “urban decoders” by youth collecting data in the cities. Ryerson students were among them.

“Something like safety was given more value over something like gaming which has less value but it’s still part of the bigger picture,” said Miokovic.

“It is a reality that youth unemployment is an issue,” she said. “But comparing to unemployment rates in other countries and regions, we are doing well.”

Tonight’s launch will announce new Canadian cities Montreal, Halifax, Calgary and Vancouver among the 75 new additions to the index. 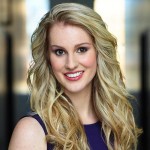 Shannon was the Managing Editor LIVE at the Ryersonian and graduated from the Ryerson School of Journalism in 2014. She has worked for the Canadian Broadcasting Corporation, Rogers Sportsnet and Maple Leaf Sports and Entertainment. Before studying journalism, Shannon played tennis for Team Canada.

Shannon was the Managing Editor LIVE at the Ryersonian and graduated from the Ryerson School of Journalism in 2014. She has worked for the Canadian Broadcasting Corporation, Rogers Sportsnet and Maple Leaf Sports and Entertainment. Before studying journalism, Shannon played tennis for Team Canada.

Too many concussions, too little knowledge

Listening for the sound of cancer